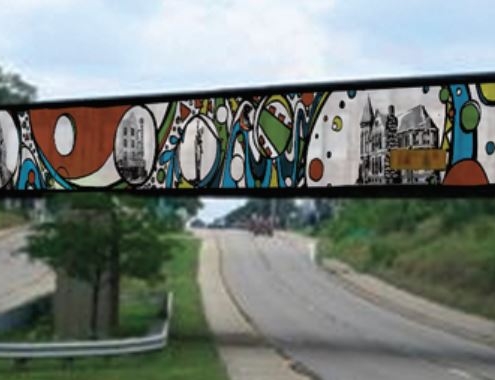 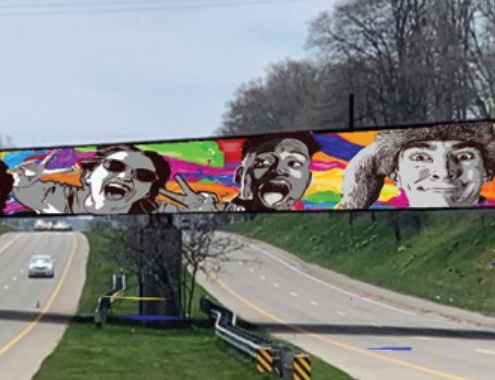 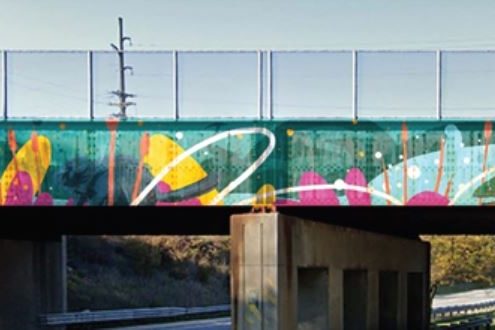 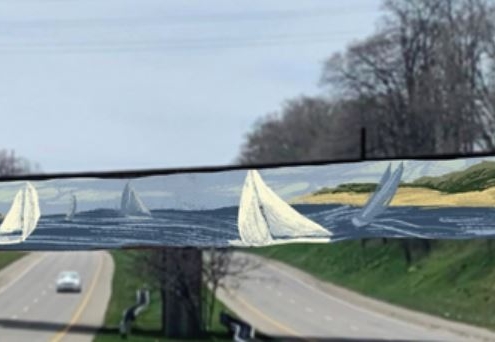 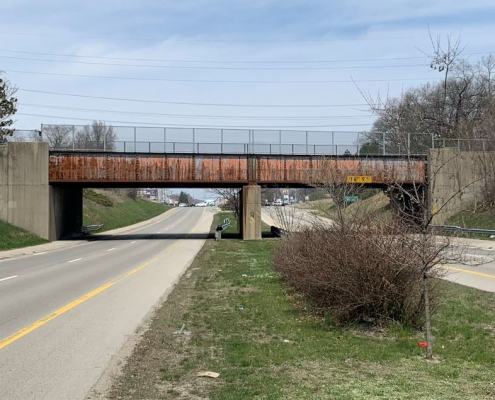 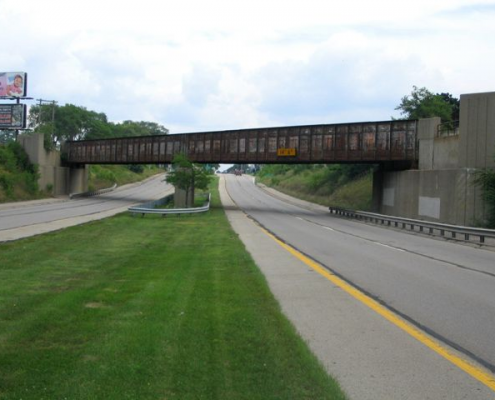 MUSKEGON, MI – With the final help of an online crowdfunding effort, Muskegon’s entrance on Seaway Drive will have two railroad overpasses go from eyesores to eye-popping.

The MuskegonCity Public Art Initiative project and its community partners are looking to close the final financial gap in the four-public-mural Muskegon Rails Project. For the four murals to be painted on the sides of two railroad bridges that for years were rusting hulks in the cities of Muskegon, Norton Shores and Muskegon Heights, community support is needed to make them become a reality.

The MuskegonCity Public Art in conjunction with the Michigan Economic Development Corp.’s Public Spaces, Community Places crowdfunding program launched a Patronicity.com effort today to raise $50,000 before Feb. 20. With $50,000 raised online, the MEDC will match that dollar-for-dollar with $50,000 – filling the remaining gap in the $212,000 Muskegon Rails Project. Donors can contribute at https://www.patronicity.com/project/muskegon_rails_project

“The cities of Muskegon, Muskegon Heights, and Norton Shores are excited to come together with the MEDC’s support for the value of placemaking in Michigan, reflected in those who have led the growing public art collection in the Muskegon community,” said Muskegon City Manager Frank Peterson. “The creative repurposing of these bridges – what many consider longtime eyesores in each of these cities – is another step toward creating a more beautiful and vibrant community.”

The four Michigan artists – three of them from Muskegon – were among the 16 entries in the process to create the inspiring images that will be painted on the railroad bridges. The public art committee brought the competition down to six finalists and the final four artists were selected with a public online vote.

“The Muskegon Rails Project is just one more example of the innovative and creative energy of Muskegon these days, and these massive murals are going to be enjoyed by literally thousands of Muskegon residents and visitors,” said Judith Hayner, Project Director of the MuskegonCity Public Art Initiative, and retired Executive Director of the Muskegon Museum of Art. “Muskegon’s public art collection has been instrumental in the exciting regeneration that we are experiencing in our community today, and these four works of art are going to be remarkable additions to this collection. When it comes to art, we believe more is more!”

The MuskegonCity Public Art Initiative is a Community Foundation for Muskegon County public art effort that is providing seed funding for 10 significant public art projects in the community. The first was Moxie and the downtown Mastodons on the Loose centered at the Lakeshore Museum Center and the second, A City Built on Timber in conjunction with Muskegon County at Heritage Landing. The third is Celebrating Muskegon to be installed in the coming weeks, depending on weather, in the middle of the traffic circle at Pere Marquette Park.

As for the Muskegon Rails Project, the four winning murals are:

The four murals will be painted in May, 2021. The cities of Muskegon, Muskegon Heights and Norton Shores are preparing the bridge surfaces for the artists.

“The Muskegon Rails Project is a fun and exciting initiative to improve some long-standing eyesores in the community,” Norton Shores Mayor Gary Nelund said. “Going beyond just paint and primer, the addition of four new public art pieces will be a new and unique way to celebrate our community.”

The Muskegon Rails Project is a community collaboration that will be seen by the 20,000 motorists that pass under the railroad bridges each day.

“The rail bridge mural process and project is an undeniably tangible indication of what art can do to bring people and whole communities together,” Muskegon Heights City Manager Troy Bell said. “Through this project we see clearly how in Muskegon, where roads might divide us, bridges can unite us.”

The inspiration for The Muskegon Rails Project began with Norton Shores businessman Jerry Wiersma, president of West MI Power Cleaning Equipment. Wiersma worked several years to get the approval of track owner CSX and track user Genesee Wyoming Railroad to improve the look of the bridges.

“It is so exciting to finally see this project come to fruition,” Wiersma said. “This has taken a lot of work from a whole host of people. Of course this would not have been possible without the cooperation of the Genesee Wyoming Railroad, who have been so great to work with. When others said that this could not be done, we dug in and said, “Watch Us Go!”