The City of Muskegon, Michigan will receive sealed bids until 2:00 PM on April 9, 2013 at the City Clerk’s office, City Hall, 933 Terrace Street, Muskegon, Michigan 49440 at which time and place all bids will be publicly opened and read aloud for the following demolition and site clearance projects: All structures located at 1275 Allen.

Copies of the contract documents may be obtained at the Planning Department at City Hall on the second floor room #202.

The project consists of demolishing all structures on the site(s), removing the debris to a licensed landfill and filling excavations in accordance with contract documents and city ordinance.

Hiring goals and percentages are set forth in the Contract Documents. No bid may be withdrawn within 60 days after the bid opening. All work must be completed within 30 days of the issuance of the Notice to Proceed.

Pursuant to Section 98.35 of the City of Muskegon Code of Ordinances, persons owning property in the City of Muskegon are hereby notified that they are responsible for tall grass, noxious weeds and overgrowth on their property. Vegetation must not be taller than eight inches. Properties shall be maintained to ordinance standards or the City will 1) clean the property and bill the responsible party for the cleaning plus an administrative fee and/or 2) provide a civil infraction to the owner for a violation of a City Ordinance. This public notice, and one notification letter on the first offense will be the only formal notices sent advising property owners of their responsibility.

The City of Muskegon Community and Neighborhood Services department is currently looking for
qualified licensed Residential Building contractors for the rehabilitation of the property located at 1500
Leahy Street.

This project is being financed with funds from MSHDA NSP. All projects are subject to Section 3
of the Housing and Urban Development Act of 1968, which seeks to promote to the greatest possible
extent employment training and business opportunity for low/moderate income residents and small
businesses of the area.

The City of Muskegon, as well as the U. S. Department of Housing and Urban Development
(HUD), requires the selected contractor/developer to take all affirmative steps to assure that minority
firms, women businesses and labor surplus area firms are used when possible.

Proposal packets for the property will be available Monday, March 11, 2013, at 12:00 noon to
5:00 p.m. until Tuesday, March 20th, 2013, at Muskegon City Hall, CNS Office 2nd Floor, 933 Terrace
Street, Muskegon, MI. The completed proposal packets must be returned to the City Clerk’s
Office by no later than 2:00pm, on Tuesday, March 26, 2013, at Muskegon City Hall. All
proposals must be returned on the specification form supplied by the CNS office and must be
completely and properly filled out. No electronically delivered proposals will be accepted. No
proposal packages will be given out after Tuesday, March 20, 2013 at 5:00 pm.

The contractor must ensure that employees and applicants for employment are not
discriminated against because of their race, religion, sex, weight or national origin.

Bid proposals should be placed inside a 9” x 12” envelope, addressed to the City of Muskegon
Community and Neighborhood Services office with the title of the project address on the outside of
the envelope along with the bidders name. All qualified residential contractors are encouraged to
submit a bid.

The City of Muskegon reserves the right to accept and/or reject any, all or a portion of the
submitted proposal. For more information contact the CNS office at 231-724-6717. The City of
Muskegon is an equal opportunity employer and housing provider.
Oneata Bailey, Director, Community and Neighborhood Services

Evaluation of the Water Filtration Plant – Request for Proposal

If you are interested in providing engineering services a cost proposal is requested. All proposals must be in the City Clerks Office prior to 2:00 PM EST on Tuesday, February 19, 2013 for a public bid opening. 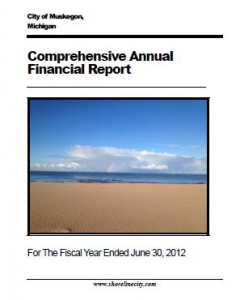 The budget for the City of Muskegon’s 2012-13 fiscal year (7/1/12 – 6/30/13) is now available. The City’s financial situation remains very difficult, as it does for most Michigan government units. However, the proposed FY 2012-13 budget maintains critical services at their current levels without increasing taxes.

The budget will be discussed in detail at the City Commission work-session to be held Monday June 11th at 5:30PM. A public hearing on the budget will be held the following evening at the regular City commission meeting (Tuesday, June 12, 2012 also at 5:30 PM).

Under City ordinance, final adoption of the FY 2012-13 budget must occur no later than the second regularly scheduled June meeting (Tuesday, June 26, 2012, 5:30PM).

Under the Economic Vitality Incentive Program (EVIP) adopted by the state last year, the City must meet certain criteria in order to continue receiving non-constitutional state revenue sharing funds. The first criterion was to prepare and make available a citizen’s guide and performance dashboard by October 1, 2011.

The second criterion the city had to meet was to certify to the Michigan Department of Treasury that by January 1, 2012 it had produced and made readily available to the public, a plan with one or more proposals to increase its existing level of cooperation, collaboration, and consolidation, either within the jurisdiction or with other jurisdictions. The City’s EVIP Consolidation of Services Plan was submitted to the state in December 2011. 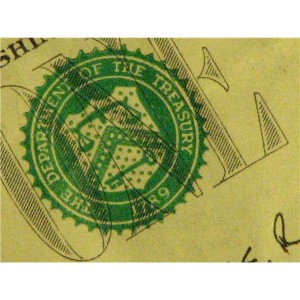 The third and final criterion is to certify to the Michigan Department of Treasury that by May 1, 2012 the City has developed an employee compensation plan, which we intend to implement, with any new, modified, or extended contract or employment agreement, for employees not covered under contract or employment agreement; and that the plan has been made available for public viewing in the clerk’s office or posted on a publicly accessible Internet site. The City of Muskegon’s EVIP Employee Compensation Plan can be viewed by clicking on the nearby image.