This section will contain a list of all past and present bid opportunities for the City of Muskegon.

I. Purpose of Request
The City of Muskegon is requesting proposals from executive search consultants to assist
the City with selecting a new City Manager.

II. General Information
The City of Muskegon is located in West Michigan on the shores of Lake Michigan. The
population is 38,318; however, the City serves as the county seat, with a population of over
173,000. The City has a commission‐manger form of government with a 7‐member City
Commission. The City has 11 departments and employs 225 full‐time employees.

III. Scope of Services
The City of Muskegon is seeking assistance in hiring a City Manager. It is anticipated that the
respondent will accomplish the follow tasks:
1. Work with the City Commission to develop a candidate profile that will detail the
qualifications, experience, and professional characteristics the City Commissioners are
seeking.
2. Develop a community profile that includes a description of the position and its
requirements, the organization structure, and the community.
3. Prepare a recruitment brochure that will be used as a part of marketing strategy.
4. Review the current compensation and recommend changes, if necessary.
5. Develop and implement a marketing strategy that includes advertising the position to
generate qualified candidates including, but not limited to, the following methods:
Selected advertising (ICMA Newsletter);
Use of Internet websites (ICMA, etc.) and social media outlets;
Direct solicitation of known, desirable candidates;
Direct e‐mail campaign;
Professional Associations.
6. Receive resumes and conduct initial screening of all resumes, narrowing the field of
candidates to those who closely match the needs/desires of the City Commission.
7. Assist City Commission in selecting final candidates to interview.
8. Conduct background and reference checks on top candidates.
9. Assist in coordinating and scheduling interviews. The respondent will assist during the
interviews, including developing suggested interview questions.

IV. Respondent’s Experience Response Content
1. Title Page – Indicate the proposal subject, name of firm, address, telephone number,
contact person, and date of submittal.
2. Introduction – Introduce your firm and provide a profile, including the size of the
professional staff employed.
3. Information Included in Response –
a. State your qualifications, specifically public sector experience, executive search
capabilities, and provide information regarding searches in cities of similar size.
b. State your understanding of the work to be performed.
c. Describe your proposed strategy to complete the recruitment.
d. Name the principal or project manager in the firm who will have responsibility for
the services provided to the City. Include resumes of all persons who will work on
the recruitment. Identify any sub‐consultant and the work assigned.
e. Provide a list of five (5) clients for whom your firm has worked.
f. Provide a copy of a previous position profile, brochure, etc. your firm has created.
g. Provide a proposed timetable to complete the recruitment along with timelines for
critical activities.
h. Provide a cost proposal for the overall recruitment and selection process. The
proposal should include a fixed fee for the project as well as a description and
delineation of any other reimbursable expenses expected to be submitted, which
are not part of the fee.

V. Special Terms and Conditions
1. The City reserves the right to accept or reject any and all proposals or award in any
manner deemed in the best interest of the City.
2. Selected respondent agrees to furnish a certificate of insurance naming the City of
Muskegon as an additional insured with General Liability of $1,000,000 combined single
limit per occurrence for bodily injury, personal injury, and property damage;
Professional Liability with $1,000,000 combined since limit per occurrence; Automobile
Liability: $1,000,000 combined single limit per accident for bodily injury and property
damage; and Worker’s Compensation and Employers Liability limits of $1,000,000 per
accident.
3. Sealed proposal must be received at the City Clerk’s office no later than 2:00 P.M., May
12, 2022. Proposals will not be accepted after this time. Proposals shall be addressed as
follows:

The City of Muskegon, Michigan will receive sealed bids until 2:00 PM on
April 19th, 2022 at the City Clerk’s office; City Hall, 933 Terrace Street, Muskegon, Michigan 49440; at which time and place all bids will be publicly opened and read aloud for the following demolition and site clearance project: All structures located at:

The City of Muskegon, Michigan will receive sealed bids until 2:00 p.m. local time on Tuesday, April 5, 2022, at the City Clerk’s Office, City Hall, 933 Terrace Street, Muskegon, Michigan, at which time and place all bids will be publicly opened and read aloud.

The structure is a 1,000,000 gallon radial arm water storage tank (Roberts Tank) with an estimated highwater level of 120 ft. located at 712 Roberts St. in Muskegon, Michigan.

Please see the bid documents at the end of this post for complete details on this project. If you have any questions, please contact either of the following:

Sealed Quotations will be accepted by:
Ann Meisch
Ann.Meisch@shorelinecity.com
City of Muskegon 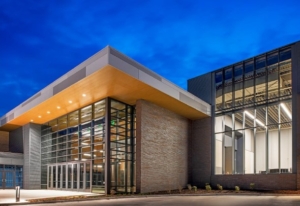 The City of Muskegon, Michigan will receive sealed bids until 2:00 p.m. local time on
Tuesday, March 8, 2022, at the City Clerk’s Office, City Hall, 933 Terrace Street, Muskegon, Michigan, at which time and place all bids will be publicly opened and read aloud for the following items of work to include:

Electronic copies of Plans and Specifications may be obtained on or after Friday, February 18, 2022 from the City of Muskegon website, or by request to the Engineering Department via phone or email; 231.724.6707 or engineering@shorelinecity.com. Printed copies can be obtained by request from the Engineering Department located at 1350 E. Keating Ave, Muskegon MI, 49442 for a cost of $40.

An amount equal to five percent (5%) of the Bid must be submitted with each Bid Proposal in one of three forms acceptable to the City of Muskegon.

Contract documents may be examined at the following locations:

Attention is called to the fact that the City requires: the Contractor consider hiring local work force insofar as possible, not less than the salaries and wages set forth in the Specifications must be paid, 14% minority and 6.9% female are the goals established for participation in each trade, the Contractor must ensure employees and applicants for employment are not discriminated against based upon their race, creed, color, religion, sex, national origin, handicapped condition nor veteran background, and all pertinent regulations must be complied with. Bids may not be withdrawn within sixty (60) days after bid opening. The City of Muskegon reserves the right to reject any or all bids or to waive any informalities or irregularities in the bidding.

A non-mandatory Pre-Bid Conference will be held in the Conference Room at the City of Muskegon Public Services Building located at 1350 E Keating Avenue at 10:00am on Wednesday, March 2, 2022, at which time and place any questions regarding this Project should be presented. Minutes from the Pre-Bid Conference will become an Addendum to the Contract.
CITY OF MUSKEGON, MICHIGAN
By: Ann Meisch, City Clerk
PUBLISH: 02/18/2022
ADA POLICY
The City will provide necessary appropriate auxiliary aids services, for example, signers for the hearing impaired, audio tapes for the visually impaired, etc., for disabled persons who want to attend the meeting, upon twenty-four hour notice to the City. Contact:

Bidders are responsible for ensuring that the following identifying information appears on the outside of each envelope: SEALED PROPOSAL – BID NAME, your company/organization name, date due, and time due. If a delivery service is used which prohibits such markings on their envelope or package, this information must be placed on the outside of the interior envelope or package. Facsimile copy is unacceptable. Late responses will not be considered.

Please include in the bid any and all surcharges that may apply such as fuel and delivery charges.

Inquiries may be made of Public Works Deputy Director Dan VanderHeide, or Highway Supervisors Vern Berndt or Amy Behler, at telephone number (231) 724-4100.

Bids must be submitted on official bid forms. Forms are available on the city’s website at www.muskegon-mi.gov, at the City Clerk’s office at 933 Terrace St, or at the Department of Public Works at 1350 E. Keating Ave.

To provide the Department of Public Works with on-site delivery of concrete in the Muskegon area.

The City of Muskegon, through agreements with the developer and in conjunction with the Muskegon Brownfield Redevelopment Authority, has agreed to extend public utilities, public road access, and other public improvements to and through portions of the property known as Adelaide Pointe. The City of Muskegon is seeking proposals from interested consulting engineers to provide full survey, design and construction project services for the public portions of the project.  Work by the selected engineer will include the following:

Several supporting documents are included as attachments to this RFP to help in the development of proposal.  Note that these documents are not final, and do not necessarily represent the City’s approval of the layout:

The City of Muskegon will host a recommended pre-proposal meeting at 9:00 a.m. on February 25, 2022 to answer questions and review the project.  Send an email request to Dan VanderHeide by 3:00 p.m. on Thursday, February 24th, 2022 to be invited to the virtual meeting.  Requests for clarification submitted to Dan VanderHeide via email (dan.vanderheide@shorelinecity.com) prior to Thursday, March 17th, 2022 will be accommodated prior to the bid opening.  Requests received after that date will be accommodated pending staff availability.

Subcontractors, if any, shall be approved by the City’s Project Manager prior to acceptance on this contract and shall bound by these specifications.  It is the responsibility and duty of the contractor to verify that the subcontractor meets all conditions.  The contractor shall furnish any subcontractor’s proof of insurance meeting city requirements.