On Thursday, July 26th the project to reconstruct Laketon Avenue between Creston and Getty will progress to the next stage.  Traffic will be shifted with one lane in each direction in the far outside lanes while crews work to complete pouring the center lane from Getty Street east to Creston Street.  The work on the center lane will take approximately 1 week to complete. 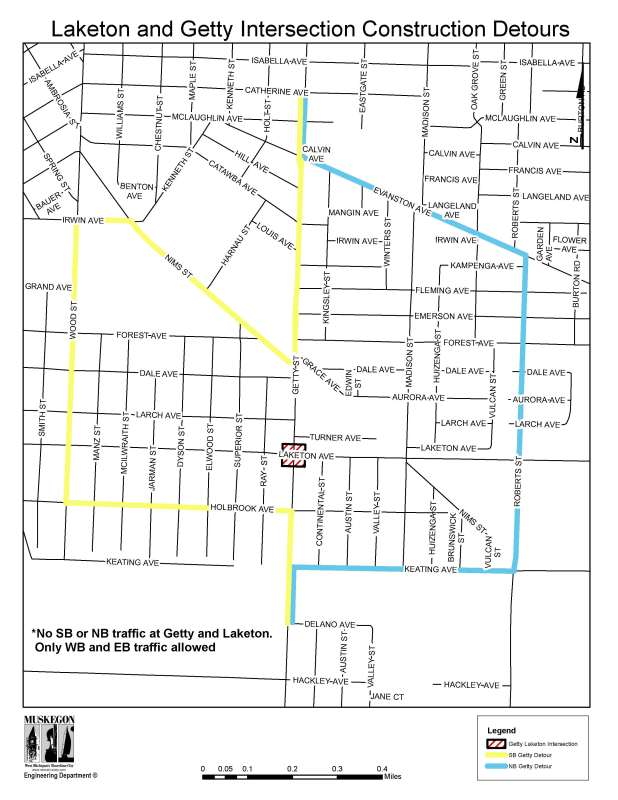