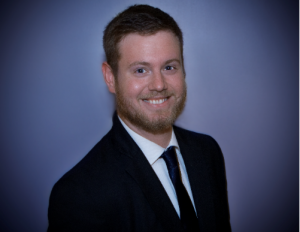 Lansing, Michigan – October 29, 2020 – The Michigan Economic Developers Association (MEDA) recently held its Annual Meeting at the Grand Traverse Resort and Spa. The theme of this year’s conference was “Make No Little Plans, Michigan” which encompassed business, community, and workforce development strategies to lead Michigan into the next decade. Each year, the Association recognizes outstanding economic developers and, this year, presented the awards on Tuesday, October 20th during a special Awards Luncheon.

MEDA received two nominations for Jake, one from Jonathan Wilson, Regional Manager, DTE Energy and from Sam Janson, City Manager, City of North Muskegon. Among the outstanding contributions noted by both, Jake has led efforts to attract significant investment in the City of Muskegon. During his prior role as the City Manager of the City of Muskegon Heights, Jake led efforts to create the Muskegon Heights Business Association. He oversaw several economic development projects and led the resurgence of downtown Muskegon Heights. His leadership created new businesses and jobs.

Jonathan Wilson said of Jake, “Jake regularly makes himself available to support small business owners and is a huge advocate for minority business owners throughout the region.”
MEDA is proud to add Mr. Eckholm as its first Emerging Star and looks forward to his leadership and success in economic development in the future.

ABOUT MEDA
The Michigan Economic Developers Association has partnered with economic developers to grow their community in Michigan for 60 years. By providing education, networking, and advocacy, MEDA makes it possible for professionals to do their job more effectively and efficiently. To learn more, see