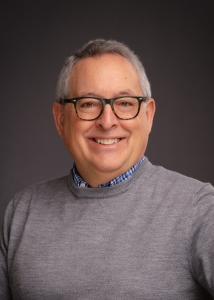 Since serving on the city commission, Mayor Gawron has provided the progressive leadership needed as the city and the entire Muskegon community moves through a historic transformation of growth and revival.

Mayor Gawron has focused on the preservation of key public services and stability of city finances. Through his tenure, the city has remained solvent and services maintained at the highest possible levels, despite the Great Recession of 2008 and its aftermath. Programs such as community policing and social justice engagement have been expanded and are recognized nationally. Regional collaborations are also a key priority; he was able to bridge divides to bring two new municipalities into the city’s water system. Mayor Gawron recognizes that advanced manufacturing is critical to the city as investment and employment continue to expand with a high level of collaboration with the private sector. Additional partnerships with governmental and private economic development agencies and the private sector are being expanded to position Muskegon as a multi-modal transportation hub, taking advantage of its one-of-a-kind Great Lakes deep-water port.

Current redevelopment of the city began in its downtown, which in 2001 was left bare with the demolition of the former Muskegon Mall; only five buildings remained in the 23-acre downtown central business district. In the past two decades, a public-private partnership led by the city of Muskegon and with Mayor Gawron’s support has generated more than $300 million in investment. A new farmers market and community kitchen, new multi-story mixed use buildings, renovation of the city’s Mercy Health Arena, new facilities of Muskegon Community College and Baker College of Muskegon and now a new $20 million community convention center led by the city has made Muskegon the leading urban downtown along the western Michigan Lakeshore where all live, work, play and stay. The redevelopment of the historic urban downtown has been accomplished simultaneously with the city’s fight on blight in its near-downtown neighborhoods, creating livable, and affordable housing that is so much in demand. Redevelopment will continue in the coming decades along the south shore of Muskegon Lake from downtown to the city’s Pere Marquette Park beach on Lake Michigan.

The city’s surging progress can be seen in the 2020 report from the Muskegon County Equalization Department in which for the first time in modern memory, the City of Muskegon — the county’s urban core — led all cities and townships in Muskegon County in growth in residential, industrial and commercial tax base.

Mayor Gawron’s journey into elected office began at the neighborhood level. He is a founding member of the Nims Neighborhood Association and served as president from 1994 to 2014. As one of fifteen neighborhoods, the key to the city’s strength is the organized efforts and involvement of its citizens, the Neighborhood Associations of Muskegon. The city government and its partners are nationally recognized for their annual effort in National Night Out Against Crime in August each year. The associations are a bridge fostering positive relations with the citizens and the people who serve them.

A hometown boy, the mayor comes from a family that has resided in Muskegon for over 140 years and has been an integral part of its history as good neighbors involved in family, faith and citizenship. Mayor Gawron has taken his local engagement to the state level with participation in the Urban Core Mayors Association of Michigan and communicating with fellow officials in partnership with the Michigan Municipal League.

Mayor Gawron is a 1980 graduate of Central Michigan University and a 33-year veteran of the Michigan Department of Corrections as a pre-sentence investigator. He has been happily married to his wife Susan for 37 years and has a son Jacob, age 25. With their support and indulgence, he gladly serves the people of Muskegon.

Mayor Stephen Gawron may be reached at (231) 724-6701 or by email at Steve.Gawron@shorelinecity.com, or by using the contact form below.