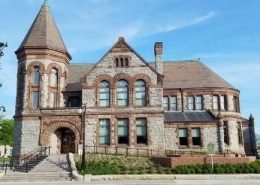 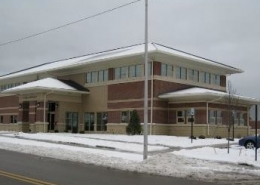 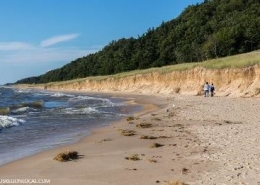 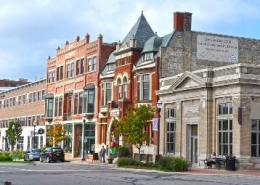 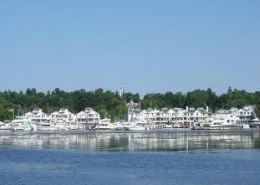 The communities that makeup Muskegon County have set the standard for upholding our long-treasured traditions and nurturing a strong sense of community. With approximately 174,000 residents, the diversity of our cities, villages, and townships help define our community. Residents play an active role in our community, through numerous civic and service groups.

Each year, Muskegon County is home to more than 2 Million visitors. Events throughout the county attract a wide variety of interest for both local residents and tourists. Our county is currently home to the annual Michigan Irish Music Festival, the only craft beer festival on the shore beaches of Lake Michigan, Michigan’s premier motorcycle rally, and a world-renown cruise port that hosts dozens of Great Lakes cruise ships each summer.

Our County is also home to many great public and private educational facilities. Our colleges include Baker College, the Culinary Institute of Michigan, and Muskegon Community College. Our K-12 schools include Muskegon Catholic Central, Mona Shores Public Schools, Muskegon Public Schools, and many more.

The future of Muskegon County is bright. All of its cities are seeing significant investment. Over the past five years, our county has benefited from more than $1 Billion in new medical, commercial, industrial, and residential investment. Mercy Health Muskegon is finalizing construction of a nearly $300 Million hospital, while significant new residential developments are underway on both Muskegon Lake and White Lake, as well as in our suburban communities of Norton Shores, Fruitport, and Muskegon Township.

Muskegon Central Dispatch employs over 30 people. Staff includes administrative personnel, information systems personnel, dispatch supervisors, and telecommunicators. We use both full-time and part-time personnel to staff the organization. The center is staffed 24/7 with between three and six telecommunicators and one supervisor. We base our daily staffing levels primarily on call volumes throughout the day. Staff focuses on four primary positions, including police radio, fire radio, Law Enforcement Information Network (LEIN) processing, and call taking.

In May 2019, Muskegon County residents voted affirmatively to increase the local device surcharge to fund a $38.8 Million 911-system upgrade. The proposed upgrade will include improvements to the current dispatch center, as well as a county-wide upgrade to allow access to the State of Michigan’s 800 MHz radio communications system. The project will also include the purchase and deployment of 200 mobile computers and 1,700 digital radio devices, and will establish a fully-funded equipment replacement program. 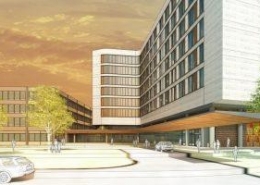 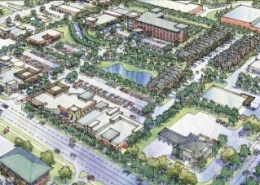 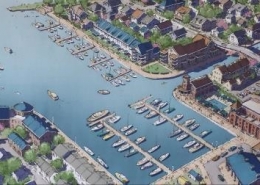 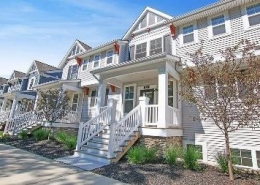 The Board of directors is seeking candidates who have strong communication and outstanding interpersonal skills to lead this well-run organization. Complementing outstanding “people skills,” professional expertise will also include the ability to provide strong management and oversight to a talented workforce.

The ideal candidate will be a competent and proven organizational leader, and should be a motivated self-starter that is able to function at a high level with only general Board oversight and little day-today supervision. Our candidate should be prepared to frequently exercise independent judgment in day-to-day administration of agency and its employees.

Candidates for consideration will have a demonstrated track record of success in the public sector, and will be known for an approachable and open management style that provides exceptional customer service, timely resolution of issues, and collaboration to support the member communities. Candidates will be skilled in presenting all options and alternatives in a public forum for engaged debate and consideration, while also working together in a pro-active fashion to address issues.

The candidate should have experience in an organization governed by a Board of Directors or similar model, and that he or she will be able to routinely initiate policy discussion and follow through within general parameters set by the Board of Directors.

The Director should have significant experience in collective bargaining, budgeting and project management, as this leader will guide Muskegon Central Dispatch and its workforce through its planned $38.8 Million upgrade. Accordingly, experience with major organizational change is a highly-desirable trait for the new director.

The Muskegon Central Dispatch Governing Board is prepared to provide a highly competitive salary to the right candidate. The expected base pay will be between $85,000 and $105,000. The organization is prepared to provide relocation incentives in addition to its traditional employee benefit package, which includes access to a very attractive retirement program.

To be formally be considered a candidate for this position, individuals will be required to submit a compelling cover letter and comprehensive resume to Frank Peterson, Muskegon City Manager at frank.peterson@shorelinecity.com no later than 5:00 PM June 21, 2019.

References will be requested at a later date, and will not be contacted without written consent.

Candidates are encouraged to conduct further research on the organization and our community at the following websites: mcd911.net, watchmuskegon.org, and visitmuskegon.org